JETI DUPLEX telemetry has undergone a long development and today there are three different options for telemetry data transmission.

In 2008 the JETI model company released to the market “stand alone” transmission modules. JetiBox can be connected to these “built-in” Tx modules as a screen for displaying the transmitted telemetry data from the model. Therefore, JETI telemetry was first designed for the JetiBox.

JetiBox telemetry is implemented in Spin/Spin Pro controllers and the first series of sensors that are without EX marking. These sensors/controllers can be set by the JetiBox only. 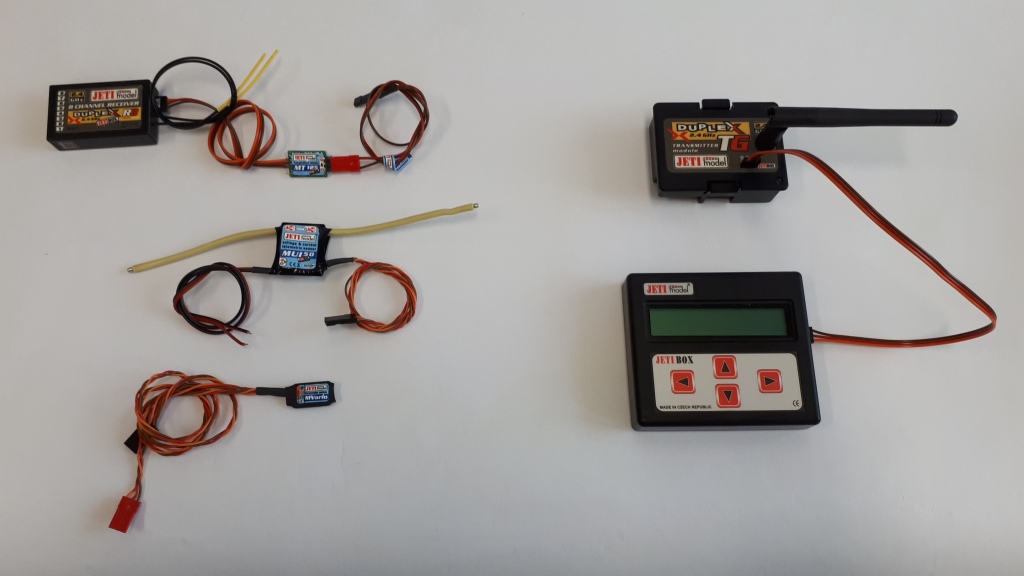 In 2012 the JETI model company released to the market its own transmitters marked as DS (thumb-style) and DC (tray). With these new DC/DS transmitters data transmission and the telemetry had to be change, so a new protocol called EX was created.

Data transmission using EX telemetry is used by all sensors marked EX, MAX BEC 2D EX / Plus as well as Mezon controllers. This “EX” telemetry can be combined using an E2 or E4 expander to use one input in the receiver to “read” telemetry from multiple devices simultaneously. Sensors with EX telemetry aren’t displayed in the “device explorer” (it isn’t possible to set them in this menu). These sensors/controllers can be set by the JetiBox only. 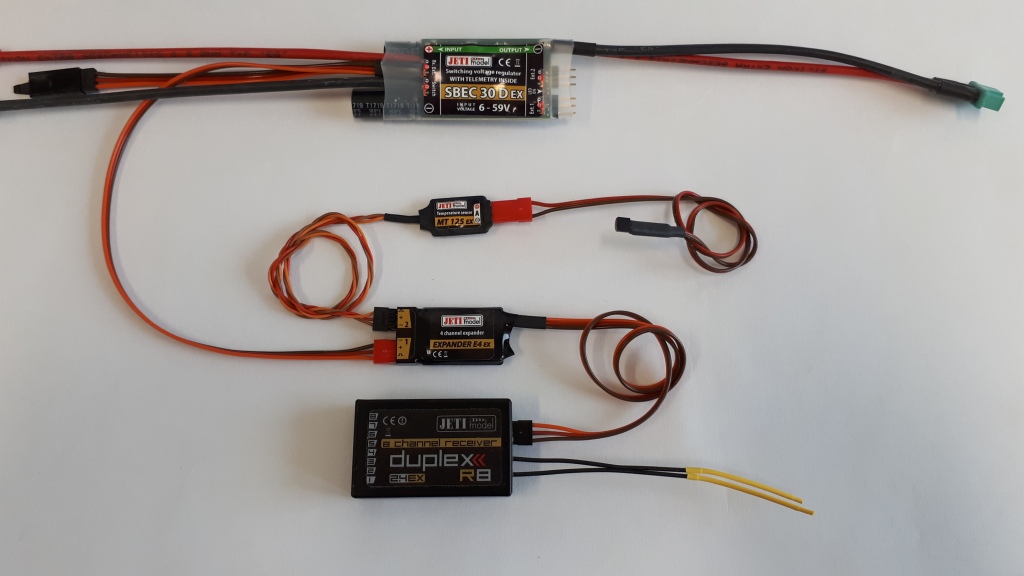 In 2014 the development made some progress in the oldest sensors and changed it to a new bidirectional serial communication named EX Bus. This serial communication transmits all servo deviations for all 24 channels of the transmitter as well as complete telemetry data (for example in connection with the Central Box via EX Bus communication).

Each device communicating via EX Bus is displayed in “device explorer” (JETI DS/DC transmitters) and can be easily set up in this way. Development will move in this direction. Communication via EX Bus is supported by the new series Mezon PRO, MVario 2 EX, SBEC 30 D EX, MULi 6sM, MRPM HALL EX, MFlow 2 EX, etc. Each device for using EX Bus communication have to be connected to a separate input in the receiver or Central Box. 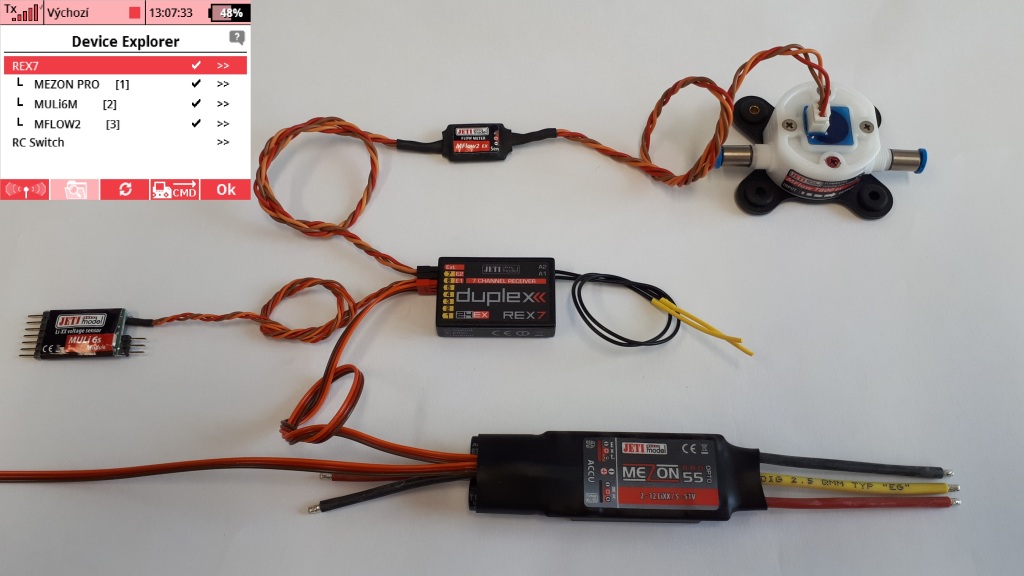 The input for EX telemetry can be set in the receiver as a JetiBox/sensor. The receiver automatically detects if a JetiBox or sensor is connected and starts to "read" EX data. A device that is able to communicate via EX Bus requires the input in the receiver to be set as EX Bus. At REX receivers the Ext. input has automatic detection and adjustment (EX, JetiBox, EX Bus).